On Wednesday, March 16 2022 Associated Builders and Contractors recognized Jordan Foster’s work on The Plaza Hotel Renovation. The project received a National Excellence in Construction Award in the Historical Restoration/Renovation category. To celebrate this achievement we are rewinding the clock and revisiting this exciting project.

There is no disputing the prominence of the Plaza Hotel in downtown El Paso. However, despite the hotel’s distinction and rich history, it remained vacant for three decades. That is until Franklin Mountain Investments stepped in to restore it.

This story begins nearly a century ago, at the start of the Great Depression, when hotelier Conrad Hilton originally built The Plaza Hotel. Hilton hired El Paso architecture firm Trost & Trost to design the hotel and contractor Robert E. McKee to build it. Within a year the project was complete and opened its doors in November of 1930, making it Hilton’s first high-rise hotel, reaching a height of 236 feet.

Hilton sold the hotel in 1963, and in 1991 The Plaza Hotel ceased operations. Franklin Mountain Investments purchased the property in 2008, this marked the beginning of a long journey to restore El Paso’s crown jewel.

Jordan Foster Construction was approached about the project in 2018. But as one might expect, renovating a 19-story building on the National Register of Historic Places would present unique challenges. As the Design-builder, Jordan Foster Construction worked carefully with the Texas Historic Commission and the National Parks Service. This was necessary in order to obtain approvals on various critical building components.

One interesting challenge involved the reproduction and installation of decorative urns, located on the 18th floor, along the edge of the building. The challenge was to devise a way to safely secure the new urns without compromising the structures historic exterior.

Installation of modern day elevator equipment also presentment obstacles. The equipment was larger than any of the building exterior openings. As a result, Jordan Foster’s in-house structural engineer devised a plan to enlarge an opening on the 18th floor. After extensive planning and with the help of a 400-ton conventional crane, Jordan Foster executed the installation in only three hours.

Meanwhile, the interior of the building also received a facelift. This included a complete renovation of all 131 guestrooms as well as all public spaces. In addition, the hotel’s original double-height lobby was reinstated.

Following a smooth 22 month renovation, the doors reopened to the public in June of 2020.

Travelers can now admire the hotel by staying in one of the newly renovated rooms. The renovation also introduced two new restaurants that celebrate the traditional flavors of the El Paso and Juarez area. Guests can sip fine tequilas in the lobby-level bar, or enjoy a cocktail at, La Perla, the hotel’s roof-top bar and lounge.

It is thanks to dedication and careful attention to detail by the Jordan Foster Construction team that The Plaza stands proud once again. 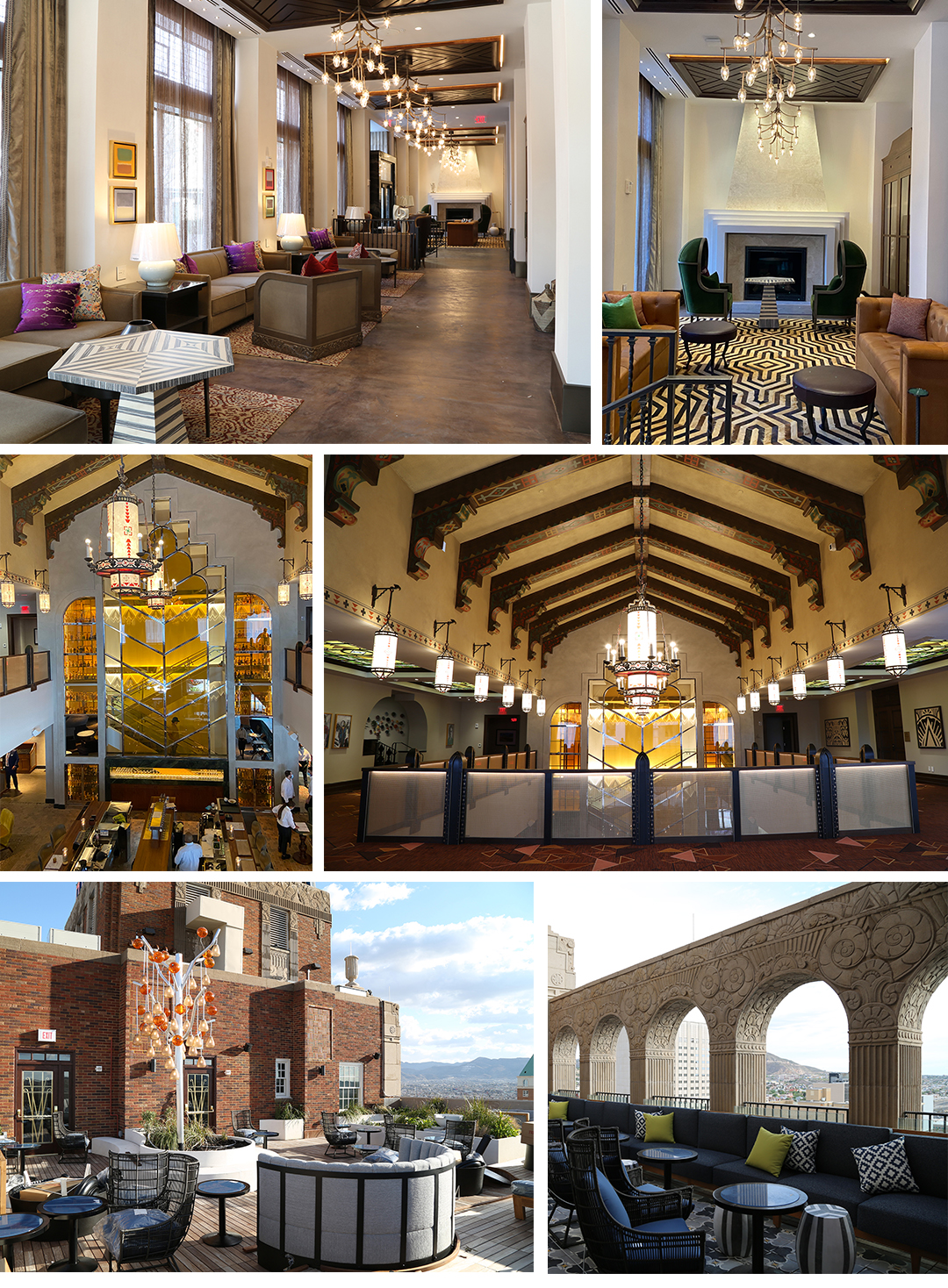