For three decades Paul Bauer’s contributions have helped shape Jordan Foster. From the early days of CF Jordan to the present post-pandemic Jordan Foster Construction. In celebration of his 30 year anniversary Courtney McKendrick-Green sat down with Paul for a conversation over Zoom. 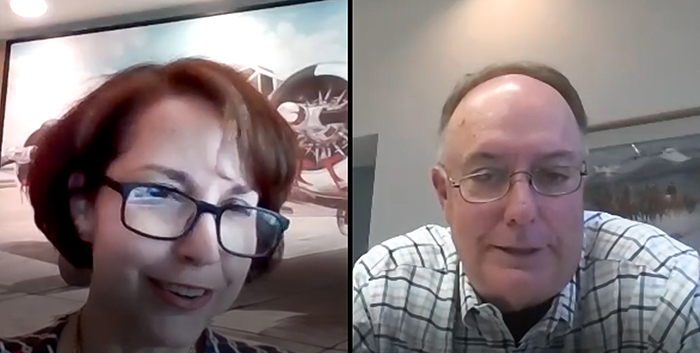 You started with our company by working for our predecessor, CF Jordan Construction, how did that come to be?

I came to El Paso to build a service merchandise for the Weitz Construction Company, out of Des Moines Iowa. I ran into one of the subs with Alliance Rigging, Phil Cordova, in Albuquerque on my first job out of college and Phil introduced me to Paco basically. I’m from northern New Mexico, but I went to school in Las Cruces which is close to El Paso. After I finished that project, Paco interviewed me and picked me up.

So was the company already in existence when you joined?

I was probably the fourth or fifth employee that he hired. He hired me to help start the multi-family division. It’s kind of a funny story, I had worked for the Weitz Company on a project called Gender Cove which was a life care facility that had apartments and it kind of had a full phase of living there. I was in charge of the commercial piece, which was the restaurant and all those parts and pieces. So he asked me, “I see you’ve done some apartments” and i said “well I did more of the commercial piece,” and he goes, “well close enough. I want you to help me start this.” In Paco fashion you know. But anyway, I told him I wanted to get back to the commercial side of things at some point. True to his word, he got me back in there.

You have experienced a lot of success with Jordan Foster, which means you have a lot of very happy clients and a lot of buildings that are a testament to your career. What do you think is the secret to that success?

Hire people smarter than you are is my biggest key. I always try to surround myself by good people and I have been very fortunate over my career, particularly here with Jordan Foster and CF Jordan, to have very competent people around me. The second thing is pick the right client. Make sure that you’re compatible and that they have good intentions. The last, but probably the most important one, is hire the right subs for those projects. The subs are the guys that make or break us and they get the jobs done. If the project goes well you have happy clients.

You have a lot of long tenured employees, what is your management philosophy and how have you been able to keep your employees for so long?

You know, I think it’s just that Jordan Foster is a great place to work. We treat everybody like family and we give everybody a long leash and the ability to make decisions and do the right thing. All I ask is if you have questions, ask them, there’s not a stupid question. I’m here to help, I’m not here to micromanage. It goes back to hiring the right people to start with.

What advice would you give someone who’s just starting out at Jordan Foster given that you’ve been here for 30 years?

Ask questions and don’t be afraid to make a decision. But if you have a concern about your decision get some help. There’s a lot of help vertically and horizontally here. Don’t be afraid to go out there and work hard, make the decisions, and learn. In today’s world you can google almost anything so if you have a question get on get online, work with the superintendents or project managers. Every day is going to be a different world, especially now. It’s the most challenging I’ve seen it since I’ve been in this business. It’s just hard right now, COVID was difficult to get through, but we did and we will continue. It will get better, I just think that these new guys are going to have to learn from the school of hard knocks very early in their careers.

So now, what has been a memorable Jordan foster project for you?

Oh there’s so many of them but I would say the ballpark is probably the most memorable. I mean when do you get to blow up city hall?

I bet you that was a great day. Were you downtown when that happened?

Oh yeah I was there. That was cool, to start out by imploding a building. You know, we built that thing in less than a year, from implosion to the first ball game. I like baseball and it was an iconic downtown project that was pretty difficult to do. We were all worn out at that first game because we were running around like crazy, but that was probably my most memorable one.

Even today when I go to a game, our seats are kind of right by where people walk up and get their first glimpse of the field, and I’ve heard it thousands of times “I can’t believe I’m in in El Paso,” when they first walk up to that field. 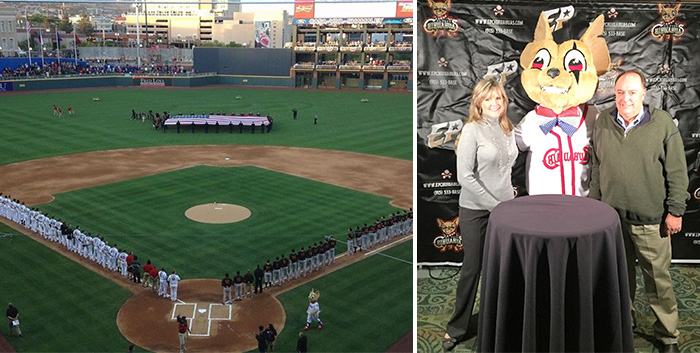 Oh that must give you chills. How many projects do you think you’ve built overall in your career?

You know, I don’t consider I built them, I had a hand in a bunch of them. Early on I was involved from the start to finish on jobs, but later it was more of having a hand in it. But I would say in the 300s. I’m guessing I don’t know.

Wow, that’s huge. What do you think has been the secret to your hitting 30 years at Jordan Foster?

Just liking what we’re doing, liking who I work for, liking Paco and Darren and their management style, and them allowing us to do what we do. It’s a very rewarding career to be able to mentor people and build projects and see them from architectural start to their finish. I have enjoyed working with all the different folks for sure.

What do you think in our industry has changed for the better over your 30 years?

Well I think communications have changed for the better. When I started there weren’t even fax machines. I remember when I saw the first fax machine, you put the phone in the machine and you put the receiver in the machine, I thought “that’ll never work,” but it did. So overall digital communication, for example the way we can have this video call right now, and send emails. It used to be it was a letter that was sent through the mail.

What do you think has changed for the worst over the 30 years?

Technology is a double-edged sword. In terms of communication, a lot of people utilize email and don’t talk to each other. I think that has made it a bit more difficult to sit down and negotiate with an owner. A lot of the newer folks are more used to sending an email and just leaving it at that.

More recently the pandemic has changed how we do business. What it’s done to our industry with pricing and availability of manpower has really been difficult. I don’t know that most people who aren’t directly in the trenches understand how difficult it’s been to keep our workforce both healthy and motivated. My hat’s off to them because they really did it. It was a battle, and it was difficult. All of our guys, and most of our subs, and everybody really did their best to get through. It took a little longer with some jobs, and materials were tough to get, but everybody is pulling together and making the best of it.

I agree, I think that’s one of the things I’ve been most proud of. The number of people who just stepped up to the plate and said we’re going to move forward. I think again that is a testament to our company and more importantly its employees and that sense of family that you’ve talked about.

Yeah and they didn’t have to, they really didn’t have to. Unfortunately as you know better than any of us none of the clients expect anything different than what is in the contract we signed prior to all this happening. We still haven’t fully seen the impacts of some of this, so that’ll be interesting I think.

If you could change anything in your career what would it be?

Oh I don’t know, I mean there’s a couple of hires that if I knew then what I know now, I would have done things differently. But there isn’t a lot I would change, it’s been a great career. You’re going to have some lows in this business any way you slice it. But I’ve had a lot more highs than lows, so I I’m okay with that.

It’s kind of great to be at a company for 30 years and have very few if any regrets. That’s pretty awesome. So where do you see Jordan Foster 30 years from now?

Wow that’s a good question. I think it’ll be going strong. The leadership that’s in place now obviously will be changing in 30 years but I think we have a good group of folks that are coming up and taking the reins. I don’t know what the business model is going to look like because things are changing but I know that we’re blessed with a great ownership that gives us the tools we need to be successful so I would think that would continue.

What are your retirement plans my friend?

I don’t have any plans to totally retire anytime soon. I’m going to step back a little bit and work a few less hours and take care of my parents a little bit. Maybe have a little fun and fish a little bit. I had a 30-year party here and the theme seemed to be all about fishing so evidently I have to go do that! 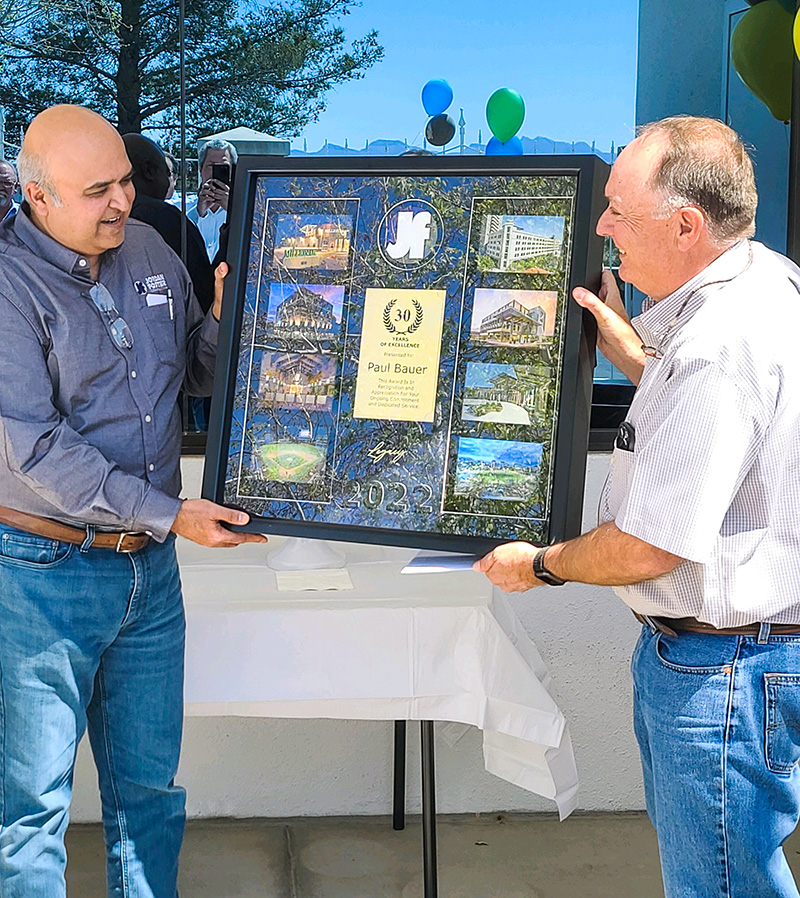 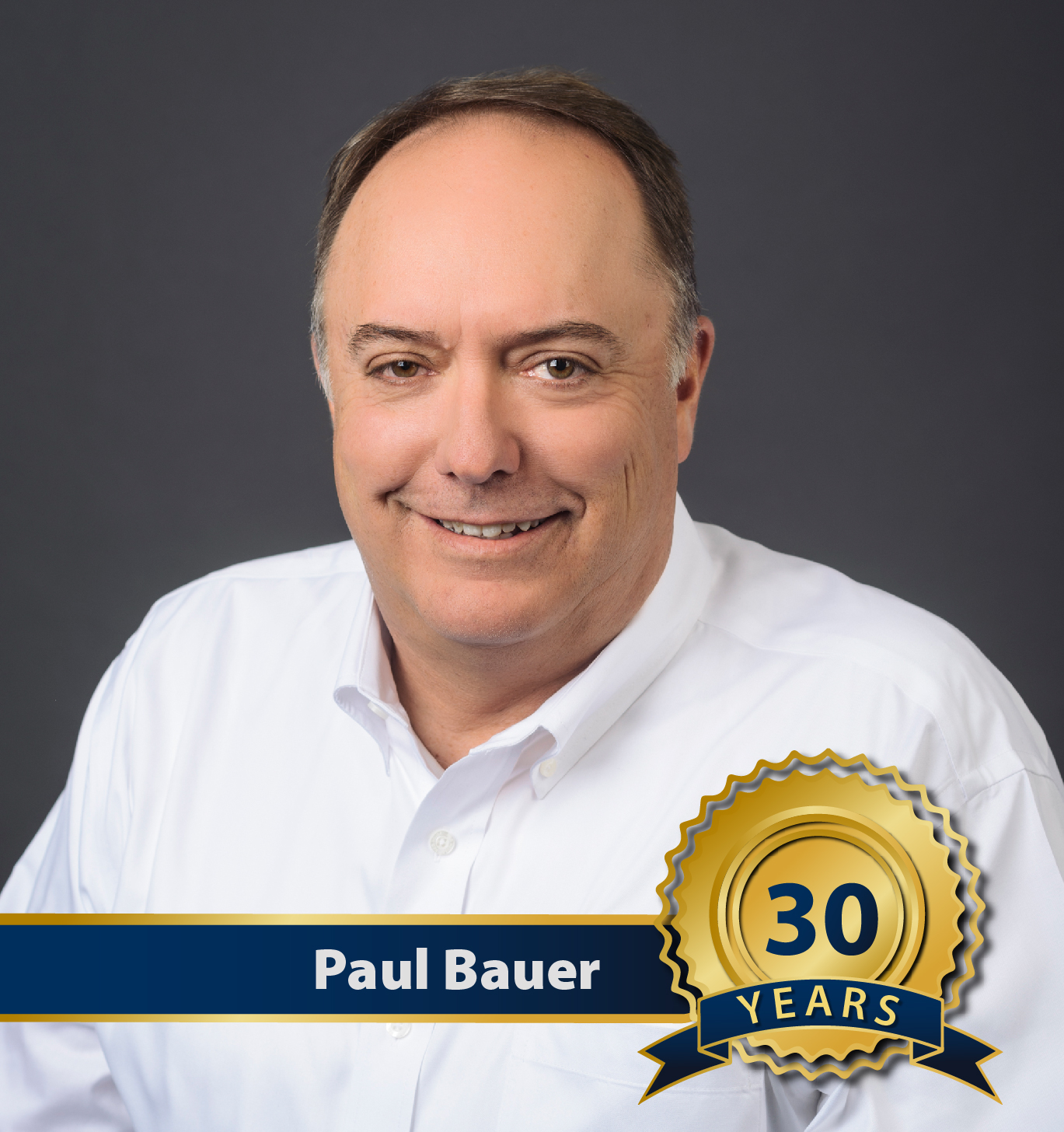